Various Roof Ventilation Types: All You Want To Know

A roof vent is installed in between the roof ridges to allow proper air ventilation. But, there are various roof ventilation types. We gather everything you need to know in one place.

Are you getting your roof renovated or installing new roof ventilation? You should think ahead and conduct proper research on which one of the different types of attic vents will suit your home or commercial place best. A good roof ventilation system will help in cutting down your electricity bills and create a lively atmosphere inside the building.

Let’s find out which roof vent will be suitable for your property.

There are several roof ventilation types that come in different shapes and sizes. Each works differently and works well in different situations.

The most popular and latest invention in roof ventilation types is the ridge vent. Should you go for the ridge vent or the other lesser-known types of vents? Read and know for yourself.

Exhaust Roof Vent
Exhaust roof vents are designed to let the air inside the house escape through the roof vents.

Intake Roof Vent
Intake roof vents are those that allow the fresh air to enter inside the house through them. They are designed in a way to pull air inside.

Static vent vs ridge vent, solar attic fan vs ridge vent… You will be faced with many dilemmas when choosing the best options for your property. Here, we made it easier for you:

Ridge Vent
Ridges are the type of exhaust roof vents that are placed on the top of the roofs. They are installed on the tip of the slope evenly through the roof’s length. This allows even distribution of air without allowing the air to escape from a few spots.

Off Ridge Vent
Off ridge vents are the type of elongated box vents that sit in between the roof slope. They are longer than other vents but shorter than ridge vents. These are more suitable for rooftops that have smaller lengths of the roofline. They are not installed on the top of the roof slope but are a bit lower than that.

Box Vent
The box vents are box-shaped air vents installed at different places on the top. They require cutting small holes on the roof to install them.

Choosing between ridge vent vs box vent? Box vents are more affordable and work well for small-sized roofs and roofs with multiple rooflines. They can be placed strategically, and sometimes installing more than one works well as well.

Powered Vent
Powered attic vents are shaped like a dome. This vent is powered by a thermostat inside a house using a hardwire or through a home power source. SInce they are connected to a power source to work, they add on to the power bills. If we were to compare ridge vent vs power vent, the latter will cost you more in the long run.

However, these work best when paired with an intake vent like soffit (explained below).

Solar-Powered Vent
Solar-powered vents are energy-efficient powered vents that make use of solar energy to operate instead of electricity. The mount on these vents is charged through the sun’s rays.

Again these attic vents are suitable for places that receive plenty of sunshine. Also, it is believed that these vents are either too powerful or not powerful at all, depending on the weather conditions.

Whirlybird Vent
Can’t decide between ridge vent vs whirlybirds? A whirlybird vent is the oldest attic vent type that is usually known as a wind turbine. It works well for windy places as they are powered not by electricity but through the winds. Therefore, it needs winds to spin and activate.

Once activated, it pulls the hot air from inside and replaces it with the cool fresh air from outside.

Cupola Vent
Cupola vents have to be the most smartly designed vents installed on the ridge of the roof. These are no doubt large in size but work perfectly for structures like barns, outbuildings, and sheds. These vents let in lots of air inside to keep the stuff inside the building dry.

They are also considered for their aesthetic appeal.

Soffit Vent
Soffit vents are usually accompanied by one or another type of vent like a ridge vent. Soffit vents are installed on the eaves of the roof i.e., below the extended roof slope. These attic vents have small holes that allow cool air to rush in the house, and warm air leaves through the exhaust vent accompany it.

Gable Vent
Gable vents are triangular-shaped vents designed on the front top of the building itself. These act as natural exhaust systems as they are designed to provide cross ventilation. One side of his vent allows air to flow inside the attic, and another side allows the attic air to escape outside.

If you’re choosing between ridge vent vs gable vent, remember that gable vents can only be designed on gable-style roofs. They can be designed in any shape and size and are often constructed with metal, wood, and vinyl.

Over Fascia Vent
Over-fascia vents are particularly best for roofs that are pyramid-shaped and lack the presence of eaves. For roofs with large attics, over fascia when coupled with other vents systems work efficiently.

Drip Edge Vent
A drip edge vent is roofing material designed in a manner to allow moisture to drain into the gutters. It is constructed from malleable metal and shaped by stairs.

SO, What is the Best Type Of Roof Ventilation for Me?

The best type of roof ventilation on our recommendation list goes to ridge vents in case of exhaust vents and soffit vents in case of intake vents. Ridge vents though are the most multifaceted and work well with small or large attics, steep roofs, and other unique requirements.

However, every home has its own requirements. Therefore, before going forward with any option, get a second opinion from an expert like Ventco Inc. Contact us today for any queries.

Benefits Of Proper Attic Ventilation: All You Need to Know

Save With the New Price For the Top-Notch Mongoose Ridgevent

Various Roof Ventilation Types: All You Want To Know 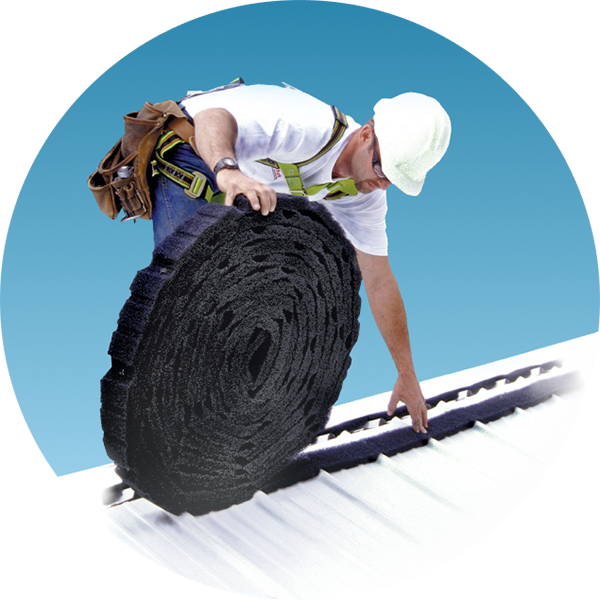 Do you have any questions about our ridge vent?
Get in touch with our team – we are always happy to help.